A lavish overhaul of the Thieves Guild Head Quarters and the Ragged Flagon. It happens gradually as you complete certain quests.

This mod adds visual improvements to the Thieves Guild base in Riften’s Ratway. Changes happen naturally as you progress, thus they are not immersion-breaking. As a result, you can clearly see the guild grow and become wealthier and stronger.

Did you ever want to join the Thieves Guild without bullying people for money or sending people to jail? Maybe you always wanted to put Maven in her place but couldn’t? Or maybe you wanted Mjoll to like you, but you didn’t want to lie to her about your involvement with the Thieves Guild? Perhaps your dream was to be a Robin Hood type of thief? Or you just wanted to do all the Thieves Guild quests concurrently? What about getting your soul back from Nocturnal?

Well, now you don’t have to choose between being a dirty thief or using a mod to destroy the Thieves Guild! This mod comes to give you alternative choices. Because of that, it should be suitable for all types of characters and role-play!

If you do join the Thieves Guild, you don’t have to intimidate people into paying money anymore! You can give money to the poor, courtesy of the Thieves Guild! You can go on a quest to restore the Thieves Guild’s honor by helping people as another Robin Hood! Even get rid of Maven at the end and make her work for you instead!

Another feature is the ability to do all 7 Thieves Guild jobs concurrently, while choosing which hold you want your assignment to be in.

You can start rebuilding relationships with people that are upset with the Guild once you’re the Guildmaster. As a result, they will gradually stop talking badly about it!

Lastly, a unique feature, you can get your soul back from Nocturnal!

In Following Mercer – A Thieves Guild Quest, you get to track all Mercer’s stuff through his various hideouts all over Skyrim.

Where’s all the stuff Mercer took from the vault? Read a note on Mercer’s desk in his hidden basement. Thus two new quests will start. As a result, you’ll delve through 9 new dungeons, containing what Mercer stole in those 25 years.

With this mod, only thieves are considered for recruitment by the Thieves Guild. As a result, if you are not a thief, Brynjolf will never approach you. If you are and you do join the Guild, there are (optional) set requirements that must be met before progressing along their questline. Thus, the Thieves Guild makes much more sense.

Brynjolf now won’t consider you a potential recruit for the Thieves Guild, if you haven’t actually done a bit of dirty work. The Thieves Guild questline will never start, if your character has never stolen anything, and so Brynjolf will no longer approach you immediately upon entering Riften.

Lastly, you can buy genuine Falmer Blood Elixir and experience all the wonders of this potent potion for yourself!

Have you honestly ever done the 125 jobs for the Thieves Guild without using a mod or some sort of cheat? If you have, then hats off to you! Because I have never done it; it was just too much to ask.

Less Tedious Thieves Guild takes care of this issue, because it brings the job requirements from 125 down to 25. This means less Thieves Guild grinding, as a result.

With this mod, you can take as followers or even marry certain NPCs who are involved in the Thieves Guild quests!

If you’ve always wanted to take a thief as your wife or husband, you may now wed certain Thieves Guild members and associates after their related quests are done. If you are not interested in marriage but all you want is to have them as followers, you can do that instead.

To win the favor of fences, you’ll have to complete their related quest. For all the other NPCs, you have to become the Thieves Guild master. Because nobody can resist the master!

Have you ever dreamed of boasting displays, mannequins, decorations, and a Guild Master’s Room that is truly designed to impress, thus making the Thieves’ Guild a place that truly feels like home? Dream no more, because it’s all in this overhaul!

This mod features an Alchemy area, an expanded training area, crafting stations, a lavish Guild Master’s Room, and secret passages from outside the city walls to the cistern and from the Riften square directly to the Ragged Flagon. As a result, the Thieves Guild is transformed into a place every thief should be proud of!

If you are the Robin Hood type and hated having to burn bridges while questing for the Thieves Guild, this mod gives you an alternative now.

This mod allows you to:

Did you find Skyrim’s Thieves Guild disappointing? Did you wish your righteous character could just free Riften from them? Did you feel forced into the questline, for fear of missing out on loot and other rewards? Well, now you’ll have the chance to destroy them once and for all, and still have ways to gain the guild’s related loot! Because that’s exactly what this mod is about.

Upon entering the vicinity of Riften, most citizens will mention Bersi, who will give you a quest to destroy the Thieves Guild. If you accept the quest and kill the guild members, go and report back to Bersi. As a result, you’ll get a reward.

Then Deloth, a new NPC, will appear in the Ragged Flagon. He acts as a fence and has a few quests of his own. He’ll serve as your alternative to completing Stones of Barenziah and various Dark Brotherhood quests should you choose to do so.

There are various ways to obtain the Thieves Guild’s quest exclusive items, after you destroy the guild.

The armors have been changed according to the original concept art. Extra care has been taken on the Guild Master variant. It really stands out more, as a result.

Thieves Guild Armor HD revival is a high-quality retexture for all Thieves Guild’s armor (male and female ordinary, guild master armor, etc.). Because of its high-quality textures, this is a mod we truly recommend.

This mod replaces the Thieves Guild Master armor (for both male and female actors).

Upscaled retexture of Thieves Guild and Karliah Armor with the addition of realistic leather and belt buckles, and recoloring some elements to black.

This is a high-resolution retexture of Nightingale weapons and armor with heavily enhanced normal maps. It also replaces the sword model with a higher quality model and better proportions, and adds a custom unique scabbard. There are also full glove and capeless cuirass versions. You get a versatile mod catering to all tastes, as a result.

Based on the fact that this is a set of equipment that is passed through generations of Nightingales, there is heavy weathering on the black leather. And since this is the equipment of a daedric cult, the use of ebony decorations is quite fitting.

This HD retexture of the Nightingale armor really stands out, thus it’s the one we truly recommend.

This mod provides an upscaled (2x) darker retexture of the Nightingale Armor.

While being one of the most awesome-looking sets of armor in the game, the enchantments on the pieces were somewhat lackluster. Because of that, the armor was not really useful. In Rowdy’s Nightingale Armor Overhaul every enchantment on the armor has been changed, and new ones have been added. The mod also adds a bonus for wearing the full set. As a result, this amazing armor is much more attractive for usage by high-level characters. 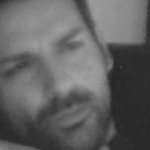