When it comes to the enchanting mods, the Skyrim SE Summermyst mod is one of the most popular choices out there! To be fair, it’s no surprise why! It adds so many enchantments that you could pretty much spends years learning about each of them in the game.

Let’s take a look at everything you need to know about this mod and how it can benefit your gameplay! Learn more below:

Skyrim SE Summermyst Mod: What is it about?

There are so many mods that it might be confusing at times.

If you’re new to the game, here’s what you need to know about Skyrim SE Summermyst mod. What it does is add 120 new enchantments to your Skyrim game to make everything just a bit more magical.

Everything works seamlessly, so you don’t have to worry about your game becoming slower or crashing. In all fairness, it’s so seamless that you won’t even think that it’s a mod!

It has so many improvements that not installing this mod would be a shame!

What Features Does It Add?

Apart from adding the glorious 120 enchantments, it has even more features to choose from!

The Skyrim SE Summermyst mod also adds the enchantments in a way that makes everything integrated. Meaning, you can even buy them or, for example, loot them from enemies.

However, they are not just for you! Your enemies can also use them against you in combat, so don’t forget that before your fights starts.

What Type of Enchantments does Skyrim SE Summermyst Mod have?

Let’s take a look at some of the features more in depth.

Below you can see some of the weapon enchantments that you (or your enemies!) could you in the game after installing this mod

Here are just some of the features you can expect to see in the mod:

For example, fortify potions mod increases the duration of your potions. Or death’s shield brings you back to life when you die.

Area restore health enchantment can heal your allies. This one and more enchantments can truly change the outcome of the battle.

Dhould you get the Skyrim SE Summermyst Mod?

When it comes to all the new features and content you can have, this one is a definite yes!

It’s that type of mod that you won’t be able to imagine your gameplay without it after the installation and the first time trying it. Whether you’re a bigger fan of the armor enchantments or the weapon enchantments, it can help you in battle a lot, so definitely take a moment to look at this mod.

Also, it has been downloaded more than 1 million times! So many players are already playing with this mod and loving it that it would be a shame not to join them!

Should there be any issues with the mod in the future, you are sure to find a lot of information about it due to its popularity!

There you go! Now you should be ready to install it and enjoy the gameplay of Skyrim even more with the Skyrim SE Summermyst mod!

While you’re at it, here are a few mods that your gameplay could also benefit from greatly: 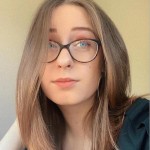